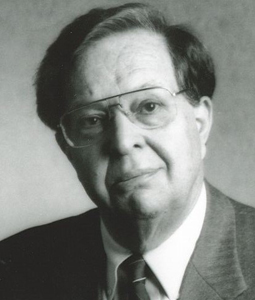 Justice Norman L. Epstein served on the California Court of Appeal, Second District, Division 4 beginning March 14, 1990, as an Associate Justice. In 2004 he was appointed Presiding Justice of Divison 4 and served until his retirement in 2018. He began his judicial career in 1975 when he was appointed to the Los Angeles Municipal Court from which he was elevated to the Superior Court in 1980. Prior to becoming a judge he was Vice Chancellor and General Counsel (first) of the California State University and Colleges. Before that he served as a Deputy Attorney General for the State of California.

Justice Epstein received his undergraduate degree in Political Science from the University of California, Los Angeles in 1955 and his JD Degree from the same institution in 1958. He has been the Associate Dean and member of faculty of the California Judicial College as well as a lecturer and author over his career. He is best known as the Co-author along with B.E. Witkin (deceased) of California Criminal Law (3d ed., 2000) which he continues to update. He is also author of Digest of California Criminal Cases (CEB, 1977-80, published semi-annually) and Editor of "Case and Commentary," a monthly newsletter published by the California Judges Association where he reviews recent criminal cases. He has received numerous awards over his career including the following: Ronald M. George Award for Judicial Excellence from the Beverly Hills Bar Association in 2012; Jurist of the Year Award from the Judicial Council of California, the administrative arm of the Judicial Branch, 2007; Lifetime Achievement Award by the Criminal Justice Section of the Los Angeles County Bar Associate, 2005; the Bernard Witkin Medal, awarded by the State Bar of California Board of Governors for Lifetime Distinguished Contribution to the Law, 2001; Roger J. Traynor Memorial Award as Appellate Justice of the Year, 1993, and Alfred J. McCourtney Memorial Award as Trial Jurist of the Year Award, 1987-1988, each from the Los Angeles Trial Lawyers Association.