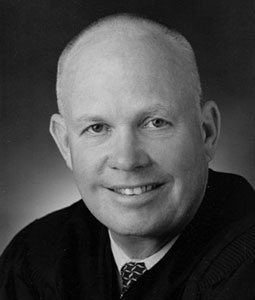 Justice Hastings received a B.S. in Business Administration from University of Southern California in 1968 and his J.D. from Southwestern University School of Law in May of 1972. He was admitted to practice in December of 1972 and for thirteen years practiced with Belcher, Henzie & Biegenzahn in Los Angeles where he defended clients involved in product liability, medical malpractice, construction defect and bad faith insurance claims. He was appointed to the Los Angeles County Superior Court in 1985 where he served as a trial judge in every type of criminal and civil action and served as the supervising judge in the Southwest Branch in 1989 and 1990. In 1993 he was elevated to the California Court of Appeal, Second District, Fourth Division, where he served until his retirement in 2006. He then became an Adjunct Professor at Southwestern Law School where he continues to teach. In 2008 he joined Alternative Resolution Centers and works as a neutral mediator, arbitrator and referee. He has also served on faculty for the National Institute for Trial Advocacy, Southern California Regional Program, from 1994 to present. He has received the following awards: Adjunct Professor "Excellence in Teaching Award," 2007, Southwestern Law School; Roger J. Traynor Memorial Award "Appellate Justice of the Year," 2004, Consumer Attorneys Association of Los Angeles; William B. Enright Ethics and Civility Award, 2001, California Council of the American Inns of Court; Honorable William E. MacFadden Award "For Dedicated Service to the Bench and Bar," 1999, South Bay Bar Association; and the Alfred J. McCourtney Memorial Award "Trial Judge of the Year," 1993, Los Angeles Trial Lawyers Association. He is currently serving his third and final year as a Commissioner with the California State Bar Commission on Judicial Nominees Evaluation.